Power of Posters & the Armenian Genocide

Power of Posters & the Armenian Genocide 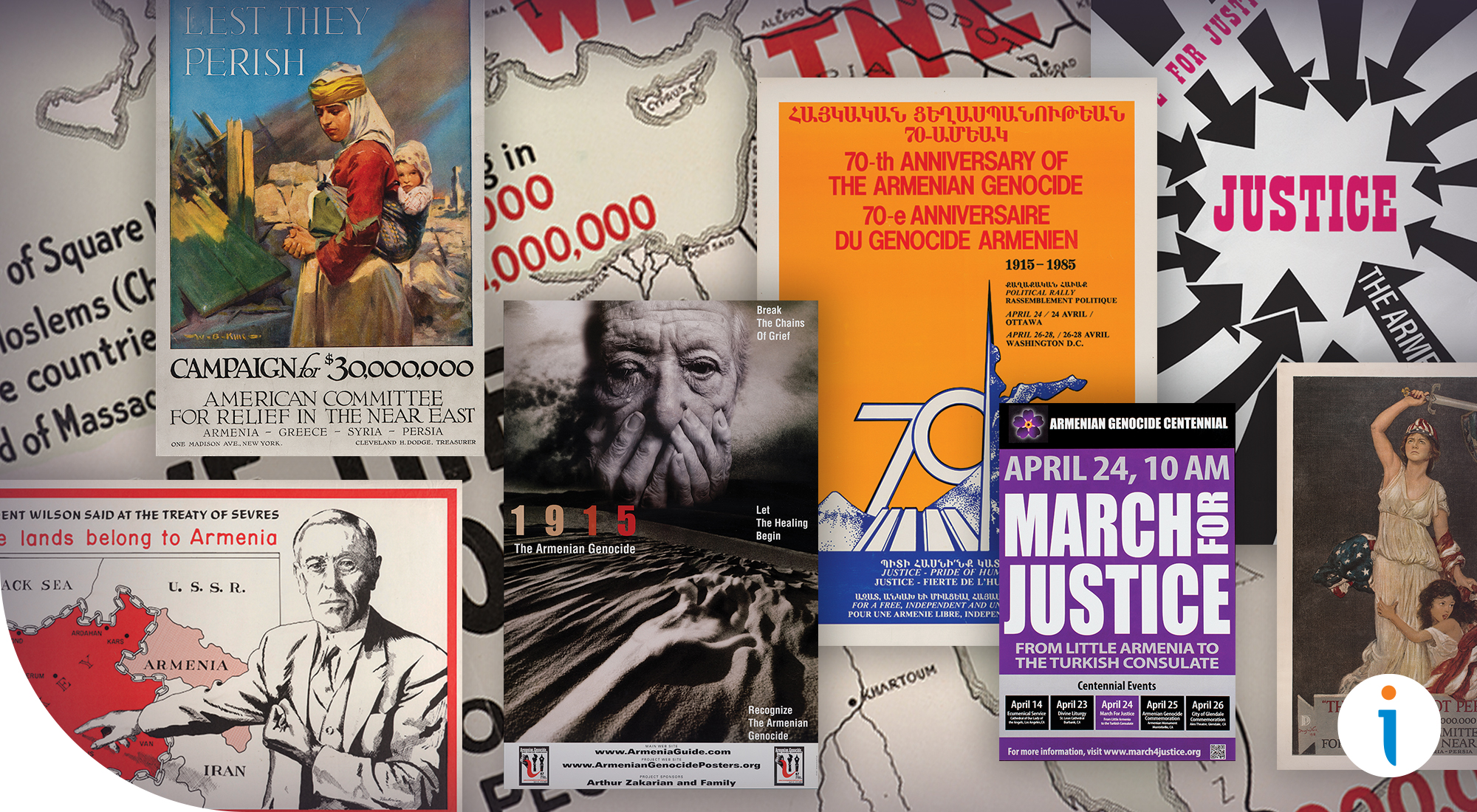 We are living in unprecedented times, just like those of our ancestors many years ago. With so much turmoil happening in our society due to COVID-19, it’s still important to look back in history and remember the impact it has on us. This Friday, April 24th, marks 105 years of the Armenian Genocide. Through print and the power of the poster, we thought of no better way to highlight the two to pay homage in remembrance of those that were lost and affected.

History of the Armenian Genocide

During World War I, horror and death wreaked havoc on the Armenian nation as 1,500,000 Armenians, more than half of the Armenian population living on its historic homeland, were killed on the orders of the Turkish leaders of the Ottoman Empire. Sadly, these vast murders were carried out through execution, death marches, drowning, burning, and other cruel means. Some were even forced to walk naked in the burning sun until they dropped dead from heat and exhaustion. The murders were painful and immoral to the Armenian population. On April 24th, 1915, the “Young Turks”, who were heading the government, captured several hundred Armenian community leaders in Constantinople (modern-day Istanbul). They were arrested, sent east, and put to death. This Friday will mark the official commemoration of this horrific crime against humanity 105 years ago. Learn more about the history of the Armenian Genocide and how it was no secret to destroy the Armenian race. 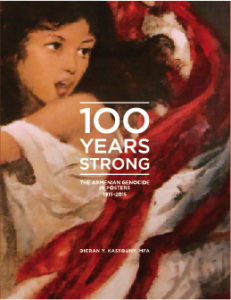 There has always been a power in posters. Posters can often grab the attention of the world in a unique way that documentaries and televised speeches cannot. A few words can help sum up people’s dedication to a cause that helps convey the message in just a few short minutes. Los Angeles-based art director, and good friend of ours at Image Cube, Dicran Y. Kassouny, published top posters related to the genocide, 100 Years Strong: The Armenian Genocide in Posters 1915-2015. The book is a visual compilation and analysis of the Armenian Genocide and showcases close to 90 genocide posters, with some that have never been seen before, categorizing them chronologically under four headings: “Near East Relief and Foreign Charity,” “National Identity,” “Struggle and Sacrifice,” and “Commemoration and Recognition.”

During the genocide an American charity organization, the Near East Relief, published a series of posters to help collect funds for the starving children and survivors. Throughout the years, genocide recognition has turned into a justice movement with protests, marches and a variety of movements calling for recognition. Kassouny’s 100 Years Strong is a fitting and visually rich tribute to the victims and survivors of the Armenian Genocide. Its collection of historically important posters marks the different stages of the ongoing development of the Armenian nation, in particular, the growth of its disbandment since the tragedy that befell the nation 105 years ago.

During these times we want to remind you to cherish the time spent with your loved ones, even if it is just at home for now. We are honored to be a part of the Armenian community and we will honor the lives of those lost this Friday. 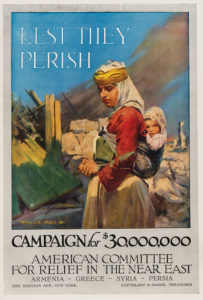 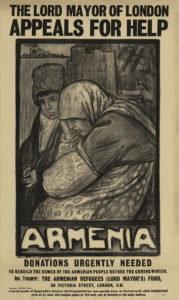 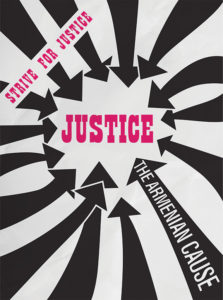 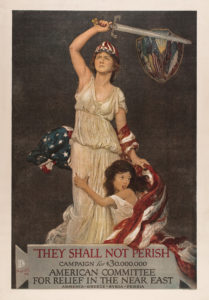 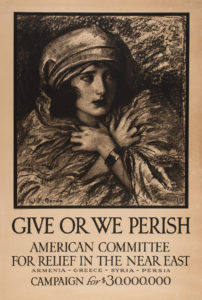 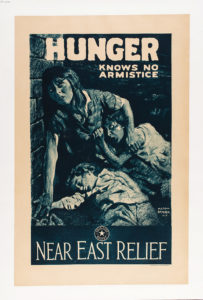 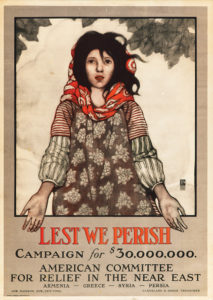 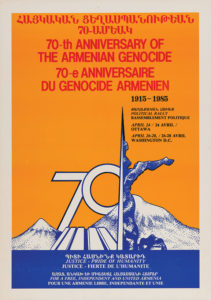 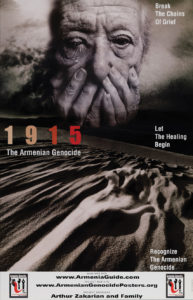 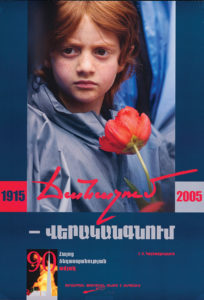 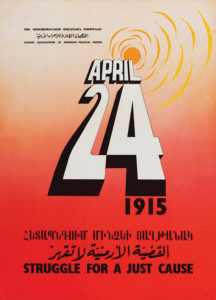 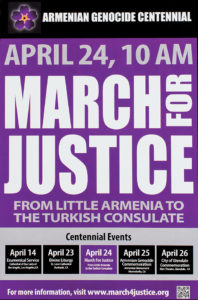 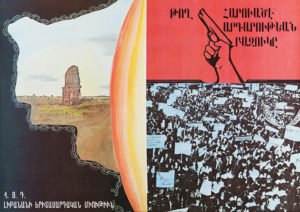 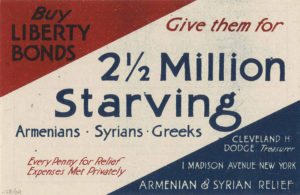 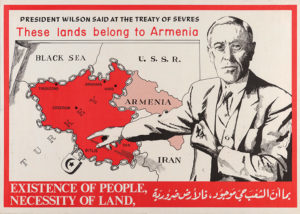 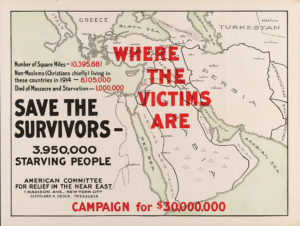